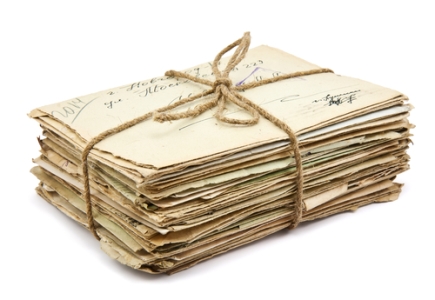 Monastic letters: reports from Monastic Laboratory Jan XVII. The letters below give an idea of the voyage of discovery that Jan XVII is: In search of new words and paths for the contemplative monastic tradition.

Since Thomas van Kleef started his work at Jan XVII in 2006, he has reported annually to the Circle of Friends. What is striking is the change of tone and length. In the first letters he hardly knows how to stop, over time his letters become shorter, more factual, more concise. The search for “new words” that is Jan XVII, seems to be moving towards fewer words. The same austerity seems to be reserved for the intended “new paths” for the contemplative monastic tradition. Here too‘less’ trumps. The emphasis is entirely on recognizing – and honoring – the constant invitation to connection and reconciliation that lies hidden in ‘normal’, daily life.

“Happy Christmas, different than you might want”: Friend letter winter 2021

The inner story that pushes us through the days: Letter to friends winter 2019

“Over the past two years, in the neighboring colony house St. Anthony’s, we have been investigating the possibility of realizing a home for a variety of detachment processes. Friend letter winter 2017

A special awareness language for Jan XVII: Autumn 2017: Introduction of Liber. “The Liber method is intended to be the common practice tool for the members of the developing monastic Jan XVII community. It immediately makes it clear to interested parties who would like to settle here what substantive winds are blowing here. This makes it much easier for them – and for us – to determine whether they are intended for Jan XVII and vice versa.

Spring 2017: Vision, Mission and Strategy as Emerging from Our History.

Discovers! A sea of space: Letter to friends autumn 2014

“If you want to know everything, don’t wish to know anything”: Letter of Friends Autumn 2013

“Do we hope to live up to high expectations about ourselves here? No, we hope to gain insight into the poor people we are – without God -“: Letter of Friends autumn 2011

“The most important prayer, says Master Eckhart, has only two words: thank you.”: Letter to friends autumn 2010

“Thou hast revealed thy glory with great patience, O Lord, thou hast kindled thy light”: Letter of Friends autumn 2009

Essentially, a monk is a freedom fighter: Letterof Friend Autumn 2008

Zeeveld interior gets a facelift

Report stay in the abbey of Muensterschwarzach

Redesign of gardens has started